A Message for Nasty 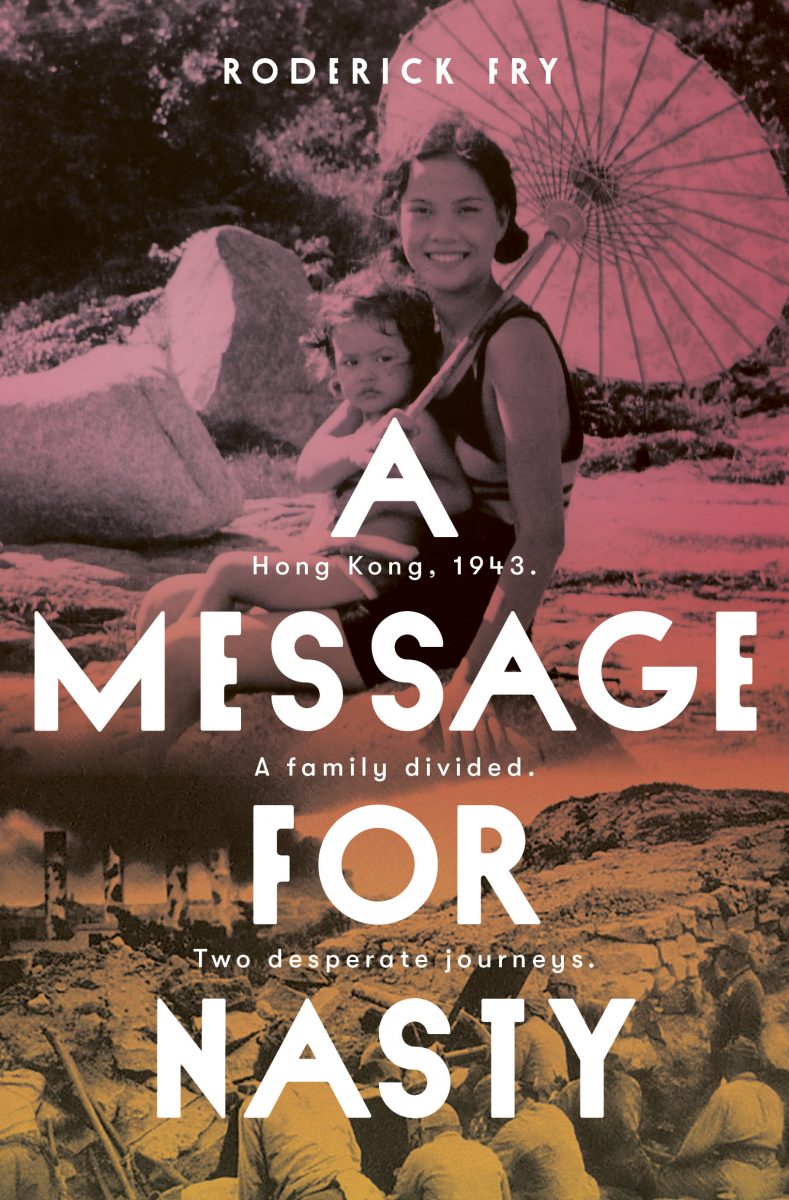 THE NUMBER ONE BEST-SELLER IN AOTEAROA NZ FICTION !

December 8, 1941. Marie Broom wakes in her home on Hong Kong’s Fortress Hill to the sound of bombs falling nearby. Within days, Japanese soldiers have seized the surrounding ​buildings. Soon afterwards they take over the whole island. Most of its British residents are forcibly interned.

Marie’s husband Vincent, a New Zealander, is away on business, trapped in Singapore as it too comes under Japanese attack. Macau-born Marie, 27, her three young daughters, baby son and the family’s amahs must face Hong Kong’s increasingly brutal occupation alone.

This gripping novel, based on a true story, is a chilling portrait of wartime conditions in the British colony that Winston Churchill was happy to abandon to​ its fate, and a page-turning account of Vincent and Marie’s extraordinary attempts to reunite – an epic of courage, love and endurance.

Read  an article on the book in Stuff and watch a video of Rod and his Aunt Marie, one of the children rescued from Hong Kong under Japanese occupation:  https://www.stuff.co.nz/entertainment/books/300660186/a-war-a-journey-a-survival-story-a-great-love-and-now-a-book

“This book fills a huge gap in wartime literature, giving Western readers a glimpse of the little-told stories of Hong Kong at the time.  …  A Message for Nasty is a hopeful – however heartbreaking – story with a strong heroine. It’s for readers of true stories who want to both fill in gaps in their historical knowledge and understand the world we live in by knowing more about the world we came from.”

“With Hong Kong again virtually invaded and repression growing, there’s an extra relevance to this first novel by New Zealand-born, Paris-based designer Roderick Fry … a record, enhanced and dramatised, of the extraordinary ordeals and journeys endured by the author’s grandparents after Japanese forces came swarming into Hong Kong and Singapore during World War 11. … Substantial historical and biographical notes …. satisfy your curiosity regarding the protagonists’ lives pre and post novel.”