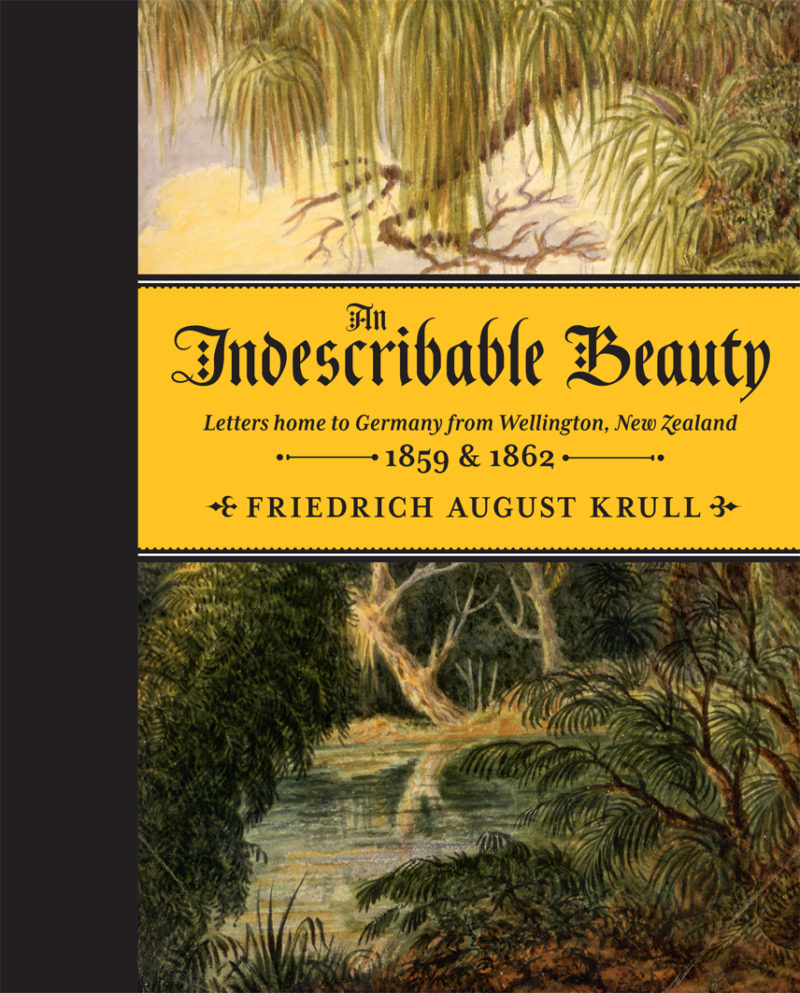 This unique book is a small but priceless addition to the historical record of early New Zealand.

On January 27, 1859, an adventurous young German arrived in Wellington after a four-month voyage on a Swedish ship.
With great alacrity we helped the sailors weigh anchor, and with what suspense did H and I stand on the foredeck to get the first view of the town which was to become our new home, Friedrich Krull writes. After we entered through the narrow straits a beautiful harbour lay before us, surrounded by high hills, and behind it more hills ascending to the snowline. In the east we saw Wellington itself, stretching along the coast for a mile. We were amazed: we had not expected the place to be so big.

So began the first of many letters Krull would write at the behest of the German naturalist and historian Ernst Boll – published in English translation in this outstanding book.

– The astonishing letters of a 22-year-old German settler in early New Zealand.
– Vivid descriptions of people, landscapes and birds of early Wellington, Wairarapa, Kapiti and surrounds.
– Reports on meetings with Te Rauparaha’s son and nephew, founders of Maori King movement.
– Perceptive insights into the lives of Pakeha and Maori on the eve of the New Zealand Wars.
– Beautifully illustrated with paintings and photographs from the time.
– The writer travelled on foot and horse around the lower and central North Island and gained unprecedented access to Maori leaders.

A wonderful four-part series of An Indescribable Beauty has been produced by Radio New Zealand National – click here to listen to it.

A German book blog has reviewed An Indescribable Beauty – click here to read it.