Dispatches from Continent Seven: An anthology of Antarctic science 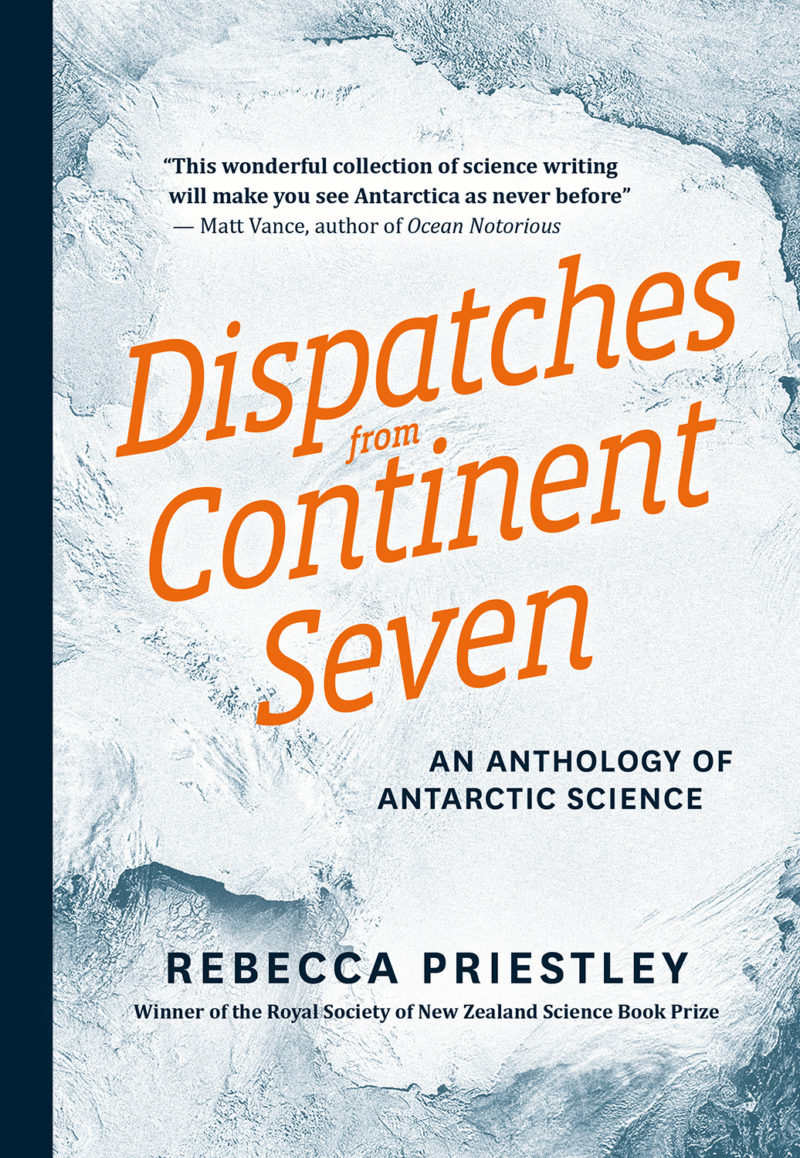 Now only $41.25! The perfect companion to Victoria University of Wellington’s internationally acclaimed online course Antarctica: From geology to human history

“To me, the hills are a landscape of brown on brown: hip-high, wind-blasted boulders; To Adam, they are clues to millions of years of history.”

Since British explorer James Cook first circumnavigated Antarctica in the late eighteenth century, the white continent has exerted a powerful attraction. There is no permanent human habitation in this ice-bound wilderness, and no mercy from the raw, relentless elements, yet for nearly 200 years explorers and scientists from around the world have been drawn to work and sometimes risk their lives here. This landmark anthology brilliantly reveals the numerous scientific discoveries that have been made, from how sea creatures survive in the freezing waters, to the continent’s extraordinary proliferation of meteorites, and the startling revelations of fossils, which show Antarctica was once covered in luxuriant forests teeming with creatures. In the early days, countries vied to establish a presence on the continent in order to try and claim its resources. Today scientists observe the arrival of particles from space, and examine ice cores, sea-floor sediments, and rocks hewn by glaciers to try and better understand the universe we live in, to uncover the complexities of climate change, and to understand how a land once covered in forests became a frozen desert.

More than an anthology, this book is a thrilling journey through time as explorers and scientists painstakingly unravel the profound mysteries of Earth’s last great wilderness.

“In this lovingly assembled collage of a century plus of heroic Antarctic science, Rebecca Priestley opens a glorious window on the unimaginable whiteness of Earth’s final frontier. This is a wonderful, sumptuous book which reminds us what an utterly extraordinary planet we find ourselves on and how precarious is our continued existence on it.”
MARCUS CHOWN, British astrophysicist and award-winning author

“A skilful compilation … Antarctica speaks to us with a message of both endurance and vulnerability.”
DAVID CARLSON, director, World Climate Research Program

“This wonderful collection of science writing will make you see Antarctica as never before”
MATT VANCE, author of Ocean Notorious

Listen to the podcast of the ICE SCIENCE talk from New Zealand Writers Week 2016 with author Rebecca Priestley, and Tim Naish and Rhian Salmon from the Victoria University Faculty of Science. Hosted by Te Radar.

The Listener: Interview with Rebecca Priestley

To listen to some fantastic radio interviews: